US Elections. Quick analysis of results

Was again the economy, but voters have not penalized the government, but they have assessed who was most responsible for the crisis, whether now or in the past. There are also other reasons.

Obama won the states that decided the outcome. Romney could not fail in any of these strategic polls and failed a few. Obama could fail in one or two, but not failed in any.


Hurricane Sandy has confirmed that nothing beats a well-managed crisis: it was the push that Obama needed to break a tied situation.

The voters have rewarded moderation, against the extremism of the Tea Party.

America is a different country every four years. The Republican Party dominates the white electorate. But this is not enough to win. Democrats have more penetration in the minority but still emerging sectors of American society. They have also succeeded in mobilizing their bases at similar levels to those of four years ago.
Publicat per Toni Gallardo a 8:00 a. m. 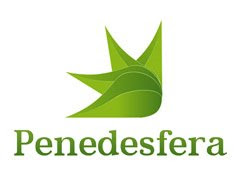